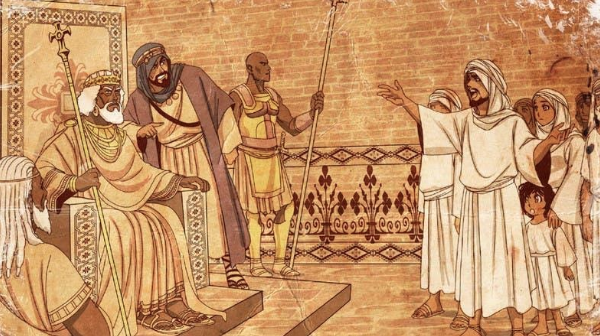 In Islamic history and tradition, Ethiopia/Eritrea (Abyssinia or Al-Habasha) is known as the “Haven of the First Migration or Hijra.”  For Muslims, Abyssinia is synonymous with freedom from persecution and emancipation from fear.

Abyssinia was a land where its king, Negus or Al-Najashi, was a person renowned for justice and in whose land human rights were cherished.

The meaning and the significance of “Hijra” is embodied in the Islamic calendar. Since its inception, the Islamic calendar represents a history of perpetual struggle between truth and falsehood, faith and blasphemy, freedom and oppression, light and darkness, and between peace and war.

History has shown that the first migration to Abyssinia and the second migration to Madinah have indeed laid down the foundation on which Islam, as a universal religion, was built. Ever since that experience, the Muslim community, wherever they settled, shifted from the positive of minority to majority, from weakness to permanent strength, from tribalism to universal brotherhood that knows no defined political boundaries.

The Quran says: “O mankind! We created you from a single soul, male and female, and made you into nations and tribes, so that you may come to know one another. Truly the most honored of you in Godâ€™s sight is the greatest of you in piety. God is All-Knowing, All-Aware (Quran 49:13).

With this spirit in mind, Bilal ibn Rabah, an Abyssinia slave living in Makkah, became a leading companion of the Prophet Muhammad. It was not a coincidence that his native land, Abyssinia, was the country chosen by the Prophet when his followers needed protection and freedom form oppression.

“And dispute you not with the People of the Book, except with means better, unless it be with those of them who inflict wrong; But say, we believe in the Revelation which has come down to us and in that which came down to you: Our God and your God is one; and it is to Him we bow in Islam: (Quran 29:46).

Muhammad Haykal, author of the “Life of Muhammad” said that the Prophet Muhammad trusted that his followers and relatives would be better off if they migrated to a country whose religion was Christianity-a scriptural religion whose Prophet was Jesus son of Mary. He was not afraid that his followers would convert and give up their faith in favor of any other established religion.

He was more convinced that Islam would be more protected in its infancy in a fertile and prosperous land ruled by the Scripture than among the ignominious pagans of Arabia.

The companions and relatives of the Prophet were prepared to sacrifice and suffer all sorts of hardship and alienation rather than give up their own conviction and freedom. The Prophet gave his companions the following letter to give the king when they reached Ethiopia.

“In the Name of Allah, the Most Merciful, Most Gracious, From Muhammad, the Messenger of Allah to the Negus Al-Asham, king of Abyssinia.

Peace, I praise Allah, who is the King, the Holy, the Peace, the Faithful, the Watcher, and I bear witness that Jesus, son of Mary, is the Spirit of Allah and His Word, Which He cast to Mary the virgin, the good, the pure, so that she conceived Jesus. Allah created him from His Spirit and His Breathing as He created Adam by His Hand and His Breathing. I call you to Allah, the Unique without partner, and to His obedience, and to follow me and believe in that which came to me, for I am the Messenger of Allah.

I have sent to you my cousin Jafar with a number of Muslims, and when they come, entertain them without haughtiness, for I invite you and your armies to Allah. I have accomplished my work and my admonition, so receive my advice. Peace upon all those that follow True Guidance.”

In view of this determination, the Abyssinia king undoubtedly recognized the significance of the Prophet Muhammad as a Messenger of Allah, and the need to treat the Muslims with kindness and dignity. The Christian church leaders who listened to the debate between the Muslims learned the truth about Islam.

Thus, they accepted the universality of the message of the Prophet based on the truthful similarity with the Scripture which prophesied the advent of Muhammad as a Prophet. The Quran describes their belief in these words:

“And when they listen to revelation received by the Messenger, you will see their eyes overflowing with tears, for they recognize the Truth. They pray: Our Lord! We believe; write us among the witnesses” (Quran 5:83).

In the sixth year of the Hijra, the Prophet wrote letters to different rulers of the world inviting them to Islam. Among the first leaders to receive the letter was the King of Abyssinia. This second letter was sent with Amir ibn Umayya and reads as follows:

In the Name of Allah, the Most Merciful, Most Gracious. From Muhammad, the Messenger of Allah, to the Negus Al-Asham, king of Abyssinia, Peace is for the one who follows the right guidance and believes in Allah and His Messenger. I bear witness that there is no god but Allah. He is one and has no partners. He has neither wife nor child. And Muhammad is His servant and His Messenger.

I call you to Islam for I am His Messenger. Accept Islam and you will be safe. O people of the Book! Come to something which is common between us and you, that we worship none but Allah; nor associate anything with Him; nor make any other our Lord besides Allah. If they turn away, then tell them we are obedient to Allah. If you deny it, the burden of the Christians, your people, will fall upon you.” The seal of Muhammad, the Messenger.

The king received the envoy of the Prophet with great respect and showed him all the honor he deserved, and accepted Islam despite the objection of his family and the Church.

The king wrote back saying”…I testify that you are the Messenger of Allah, true and confirming those before you. I have given my allegiance to you and to your nephew and I have surrendered myself through him to the Lord of the Worlds.”

In recognition of his kindness and when it was revealed to the Prophet that the Ethiopian king whom he had never met in person passed away, the Prophet offered the first funeral prayer in absentia in Islam (Salatul Ghaib) for the king who was named Ahmed Al-Najashi after he reverted to Islam.

Even though the family of the Abyssinia king, joined by the church, revolted against him because of his acceptance of Islam, and tried to stop the spreading of Islam, Islam rapidly and peacefully spread south of the Anunite kingdom.